By the end of the second quarter of 2020 (June) the GDP has fallen to 19.408 trillion dollars, a direct loss of 2.4 trillion dollars to the economy, as officially compiled quarterly by the Bureau of Economic Analysis (BEA) of the US Government.

What cannot be determined is the cost of each of the components of COVID 19 and the economic benefits of partially lifting restrictions in May and June. These impacts are imbedded in source data and could not be separately identified by the Bureau of Economic Analysis.

What we do know is the daily number of new cases occurring in the US in comparison to other countries of the world. The US chose to start reopening the economy much sooner than Canada, Europe and Asia, contrary to the criteria established by the Center for Disease Control based on scientific knowledge. 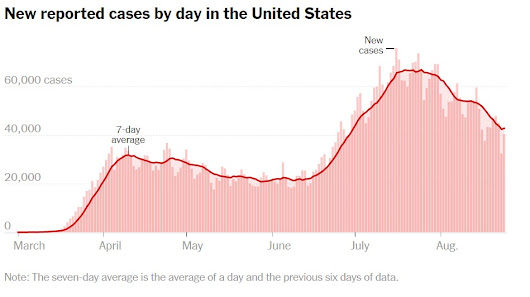 In contrast, other nations, such as Germany, stayed closed-down longer, brought the number of new cases under manageable control through mitigation measures, testing, and contact tracing. As a result, they are in the process of successfully re-opening their economies. 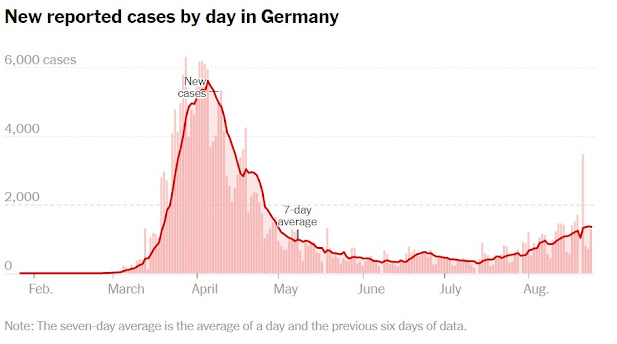 What Are the Financial Consequences of Re-opening too Soon?

Using the costs of the first wave (3 trillion dollars) as an estimate, the surge of at least twice as many new cases after partial reopening would require a 6 trillion dollars stimulus to offset the loss of GDP, and to hopefully return us by Sept/Oct to where we were when we first started to re-open back in May/June.

However, since we started to reopen too soon, some additional amounts of costs and time would be required to stay closed down long enough to reduce the number of new cases to a manageable level to be able to safely open-up, like Europe, Canada and Asia countries have done.

The United States, at the very least, has made a 6 trillion-dollar mistake if we act immediately to bring the virus under manageable control. If we fail to do so, the cumulative costs will continue to grow. These are unnecessary, but real, cost that could have been avoided by following the scientific advice of health experts, like the other developed nations.

What Will Be the Long-term Effects of This Mistake?

Before the virus, the Federal Government was expected to have a 1 trillion-dollar budget deficit for this fiscal year. However, with the 3 trillion stimulus the annual deficit for this finical year will be 4 trillion dollars, raising our total national debt to 101% of our GDP.

If we add an additional 6 trillion-dollars new stimulus money to the annual deficit, the ratio of debt to GDP will be 127%. This is not sustainable, and it would require sever austerity measures that would likely push the economy into a recession.

But, not containing the virus also has economic costs. The GDP of the US lost a record breaking 9.4% in the second quarter of 2020 (BEA). Unfortunately, as the price for our bungling, we have given our economic competitors who prevented a protracted COVID 19 impact – such as China and Germany -- a significant advantage for years to come.

This is the unequivocal financial message we should be receiving from our Federal Government.

Yet, beyond the unnecessary financial costs, the continued disruptions to our social and personal lives, and our deeply diminished position in the world, there are a still an undetermined number of needless deaths – perhaps in the 100’s of thousands – for our moral conscience to bear.

Our response to COVID 19 has been a collective national disgrace.

Posted by Edward Renner at 7:55 AM