Privacy versus the Right to Information
Edward Renner
The European Union court ruled on May 13, 2014 that Google must give people a say in what comes up when they are googled. This has touched off a counter charge in the US as both an unfeasible and unreasonable form of censorship.
The legalistic perspective is a conflict between the public’s right to obtain information and the individual’s right to privacy. But, that is too specific. It is based on old ways of thinking.


The digital age has altered every aspect of our lives, including what we believe to be either good or bad.

The response by Wikipedia, Facebook and all of the other corporate giants affected by the ruling was quick and strong. Yet, they all have carefully protected secrets of their own.

This suggest the critical issue is not individual privacy versus the public right to know, but rather whether the distinctions between individuals and corporations makes sense today.

Individual citizens must disclose and pay income tax on their world-wide income. Google, Apple and all of the other technology giants have secret sums of cash stashed in tax shelters concealed by complex accounting facades. The corporate world of finance is still largely secret. They have proved to be too big to regulate, too big to fail and too big to jail.


If people are like corporations, we too should be able to protect our secrets. But, as is increasing the case, if corporations wish to be treated as individuals, they too should be transparent. Google and the others cannot have it both ways. 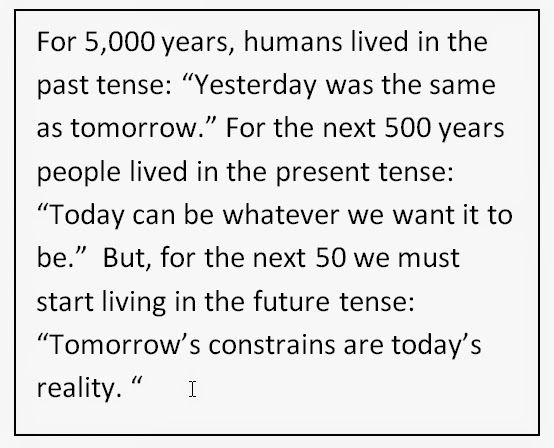 The time frame for change today is no longer millenniums, nor even centuries, but rather decades. Decades define an individual lifetime. The Google case is about how today should be re-structured to accommodate the inevitable future conflict between individual and corporate privacy.


Technologically, transparency is big part what the next 50 years are about.
The Google debate is not about whether individuals should or should not live in glass houses, but whether privacy by corporations for commercial profit, and by a democratic government for security, is acceptable, while equivalent personal privacy is an unacceptable form of censorship.

The National Security Agency secretly spied on US citizens and foreign leaders of our own allies. In Florida the House and Senate leaders met secretly to re-define voting districts. True transparency is neither a by-product of whistle blowers or good investigative reporting.

Transparency is a value. It is a way of life. It is an entirely new mechanism for successfully living in the future tense. It must be universal and not selective. Privacy as only a tool for profit and control is very dangerous for individuals; whereas, transparency as a tool for public accountability is essential.


Posted by Edward Renner at 8:50 AM No comments: