This essay may be freely reproduced and distributed with appropriate attribution. Reprinted in the Tampa Bay Times, February 23, 2014, P6.


In 984 AD the Vikings established a remote settlement in Greenland. The chiefs over-used the land and its resources to support a luxury life-style for themselves. When this most western outpost of European society collapsed 500 years later, “the chiefs had preserved for themselves the privilege of being the last to starve.”


From Collapse by Jarred Diamond

Last week (February 16, 2014) Secretary of State John Kerry in a speech delivered in Indonesia called climate change “the world’s most fearsome weapon of mass destruction.” He urged Indonesia, and other Developing Nations, to limit their rapid growth in greenhouse gas emissions.


The Developing Nations, like Indonesia, have been unwilling at the UN sponsored international conferences on climate change to agree to reduce their rapid growth in emissions because of their essential need to reduce the large proportion of their population living in extreme poverty.


However, if they continue to increase emissions at current rates, they will crash the capacity of the planet to support a growing world population of over 7 billion, bringing the Developed Nations down with them.


But, the stark reality is that no Developing Nation will reduce greenhouse gas emissions unless the US and other Developed Nations first take meaningfully steps to assist them in alleviating extreme poverty.


The Developed Nations grew their prosperity by deferring the costs of protecting the capacity of the planet to support human life. As the worst offender, the US has the largest historical ecological deficit of any nation in the world.


On a per capita basis we, of all the Developed Nations, are the weapon of mass destruction.


At the UN International Conferences, we have refused to pay “backwards” for the harm already done in proportion to what we are asking the Developing Countries to pay “forward” as future prevention. That is what the Developing Nations have asked for as a basis for reaching an international agreement. 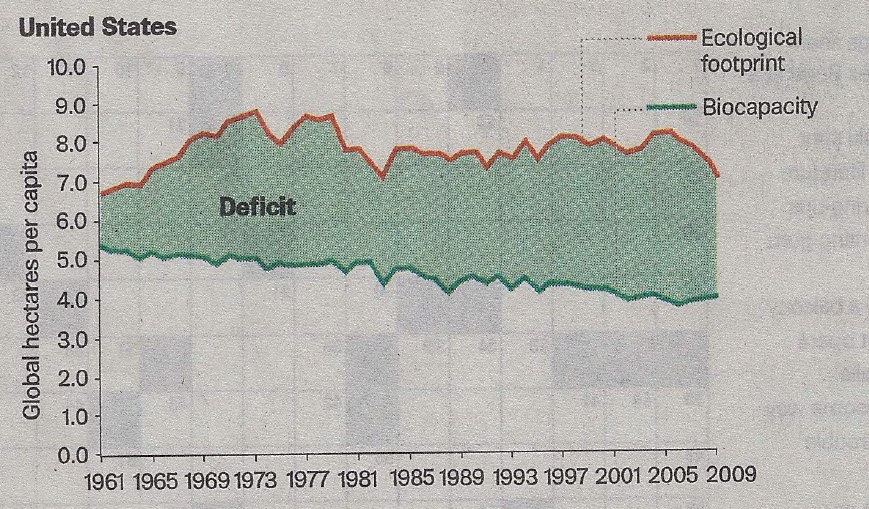 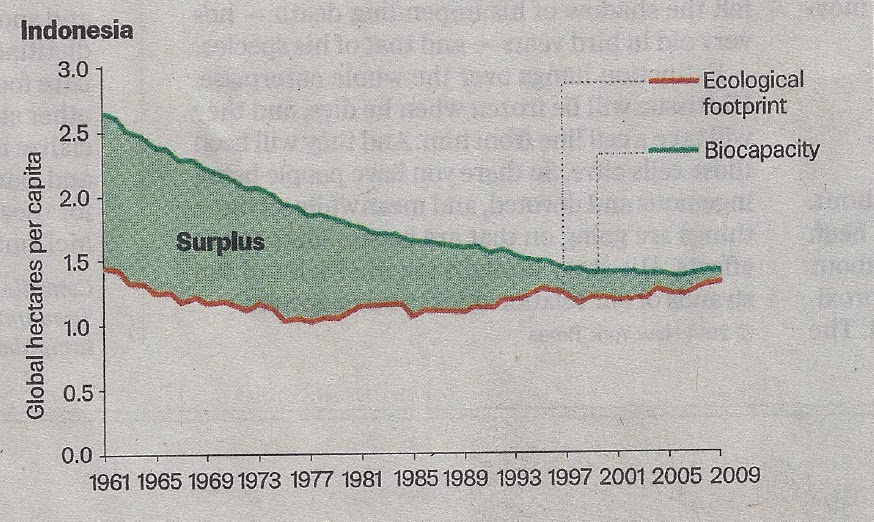 The per capita consumption of natural resources and wastes produced (Ecological Footprint) in the US is greater than the national supply (Biocapacity). The difference is the size of our ecological deficit. Our long-standing over-consumption has been possible only by depleting the surplus of natural resources (such as lumber) from developing countries like Indonesia. Many Developing Nations have had their natural resources reduced to the point of no longer being able to support their own population, which is the current reality of Indonesia. Yet, the Developing Countries are faced with growing demands from Developed Nations for even greater free trade access to their shrinking biocapacity